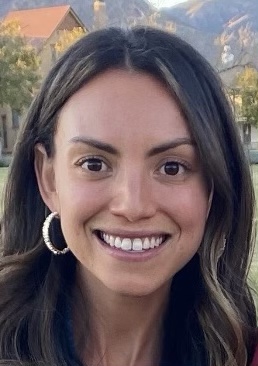 Samantha Levin was born and raised in the New York metropolitan area and was educated in Jewish day schools and summer camps where she learned Hebrew and developed a love of Israel. Samantha spent her gap year in Israel on the Shalem Year Course splitting time between Jerusalem where she studied Hebrew and Judaic studies under the auspices of the American Jewish University, and Bat Yam, where she taught English to underprivileged high school students.

Additionally, while in Israel, Samantha worked as a certified medic on ambulances for Magen David Adom, the Israeli Red Cross. Samantha received her Bachelor of Arts degree in political science from Marymount College in New York City in 2011. While in college, she was also the president of the campus Hillel chapter from 2010-11.

In 2012, Samantha married Major Michael Levin of the US Army JAG Corps. During their posting at Fort Campbell, Kentucky, Samantha served as a Health Promotion Program Assistant to the Community Health Promotion Council, whose mission is evaluating and recommending quality of life efficiencies for soldiers, veterans and their families.

When Samantha is not working or taking care of her three children, she is an avid runner and cyclist. She completed the 2018 New York City Marathon, multiple half marathons, and medaled in numerous races. Of great significance to Samantha, both of her grandfathers are Holocaust survivors and their experiences have formed her deep connection to the Jewish people.