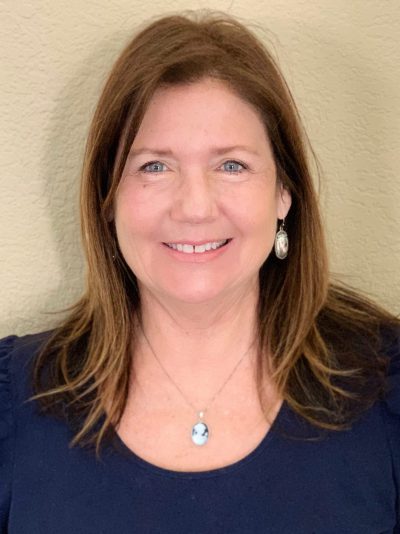 Suzanne (Suzie) Gibson has been involved in education for thirty-five years. She grew up on a cattle ranch in Northern Nevada and attended Arizona State University where she received her Bachelor of Arts Degree in Early Childhood/Elementary and Special Education with a minor in psychology.

Suzie’s first teaching job was in a first through third-grade class of students with learning disabilities. Thematic learning and whole language were the instructional methodologies she used to incorporate their desert surroundings into the classroom.

Three years later she moved to El Paso Texas where was hired to teach second grade at Zavala Elementary to students who were learning English as a second language. She reinforced their English skills and enriched the curriculum to keep them challenged which enabled them to become proficient in their second language at a faster rate. Meanwhile, she began to study teaching English as a second language (ESL) and was transferred to Mesita Elementary to co-teach second-grade in both a monolingual and bilingual setting. She was also tasked with heading up an internship program with UTEP which hosted two to six student teachers to help implement thematic learning by incorporating content centers and stations of interest.

When she became the lead second-grade teacher at Mesita she participated in a task force to improve math instruction through the use of manipulatives, hands-on and group learning strategies. She also assisted in providing staff development to emphasize the importance of creating more concrete learning opportunities. For many years she served on different committees at the District level such as: the textbook adoption committee and the Campus Improvement (CIT) Team.

In 1999, she completed her master’s degree at UTEP as an Instructional Specialist with Technology and in 2002, she earned another master’s in Administration and Principalship. Her career as an educational administrator began as a Site-Specialist at Putnam Elementary where she was also a literacy coach. Several years later she was appointed Assistant Principal at H. R. Moye Elementary and after that Assistant Principal at Kohlberg Elementary. At Kohlberg she introduced Positive Behavior Intervention Support (PBIS) and became involved in the district-wide dual language program.

The district rewarded her success by making her Principal at Cooley Elementary where she assisted teachers in creating more fluid classrooms, bringing back balanced literacy, and implementing the dynamics of the Active Learning Model that had proven so successful.

Suzie welcomes student and parental involvement in establishing an environment that encourages student input and fosters their curiosity and creativity based on the Reggio philosophy of learning. She plans to build a community of thinkers utilizing inquiry and project-based learning that is engaging and educationally motivating and she is thrilled to be working with a team of inspirational people in this exciting educational adventure that is The Cherry Hill School.